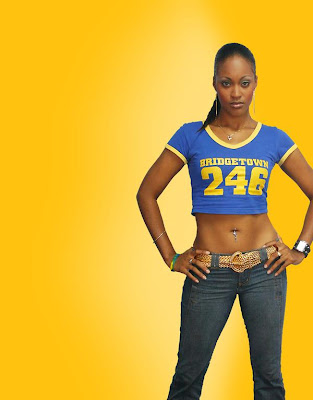 SRP/SRC/Universal's new singer/songwriter is Shontelle. She was discovered by Evan Rogers & Carl Struken who are also responsible for originally taking Rihanna to LA Reid. When I first heard of Shontelle earlier this year I wasn't sure if there would be room for another female Caribbean pop artist from Barbados, especially not on Universal. Now, after reading about her a little more I think she could possibly be the next big thing. The coolest thing to me about Shontelle is that she's been pursuing a degree in entertainment law all while developing her music. Good way to avoid any kind of Diddy/Lox situation.

Shontelle's 'Stargate' produced debut single "T-Shirt" will making its presence felt at mainstream radio very soon. I'd put some money on it.