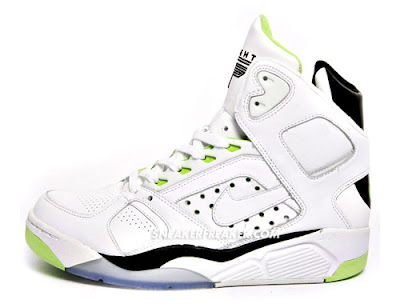 True story in point form.
L.A - Late Oct 1991.
Nine year old Weez.
Shoe City in Anaheim.
Jordan VI Black/Infared's just released, and just sold out.
Devo.
Ends up with Air Flight Lite's in White/Purple
16 years later, I wish I'd just put em on ice.
So I will buy these instead, even tho they the II's and they not purp
Riveting conversation I know, but I couldnt beleive my eyes when I saw these at SF.
And in tribute to the man that rocked these, let us watch as Scottie demoralises Patrick Ewing and gives Spike an earful in the 94 East Finals. Oh that series was too sick.