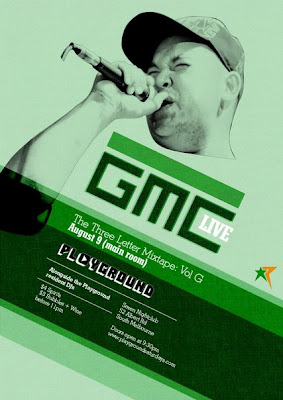 A few things that GMC has that you (or I for that matter) don't have.
Seven. This Saturday. 10pm. Till you feel up's like down and down's like up.

* When I'm allowed to leak it, I will right here. The world needs to hear that song, in particular G's verse. I could quote it for days. And that's saying something considering the quality of this album.