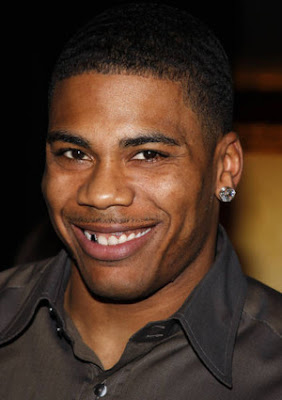 The inevitable has come, Nelly's return album Brass Knuckles is out and expected to sell 80K first week. Just a slight contrast to 2004’s simultaneously released albums Sweat and Suit which debuted with a combined 714k and went on to sell 3.2m and 1.3m.

Since the god-awful "Wadsyaname" failed to catch on, I've been blogging about Nelly needing to re-invent himself this go round to connect with a new audience, but he kept on pushing forward with the same dated formula. The result; Brass Knuckles maybe sells 200-300k total. I don't care what Wayne says.

In a complete contrast, Ne-Yo has created his own brand of cleverly written pop/r&b on his third album Year Of The Gentleman which is on track for a 240-250k debut.

This shows that you can't put the blame solely on the major labels for being out of touch, or the internet for hurting CD sales. At some point you've gotta look at the artists and their ability to adapt to the current climate.

We we're all 14 - 16 (80's babies!) when we liked nelly, but we've all grown up, but unfortunately he hasn't grown with us. Perhaps party ppl might have caught SOME steam if they didn't have so much fuckin screwed and choppped unclear shit for the majority of the verses.

Since the album hit the net last week, I haven't even entertained listening to it.

Come to think of it, what song exactly is the 'lead' single here? Body on Me? Party People?

Meanwhile, TI's album finds it way online, so now it's pretty much 100% i will never listen to nelly's album. eh.

Theres like 5 Polow joints on there ... considering Polow is one of my fav producers, I still feel no way inclined to check the album out. Like you said, Party People could have been cool without all the noise .. im guessing thats how the rest of the songs will sound.