KELLY CLARKSON - "THEY'RE RELEASING IT WITHOUT MY CONSENT" 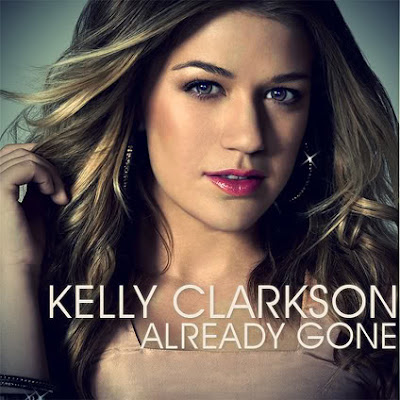 The first time I listened through Kelly Clarkson's new album All I Ever Wanted, I found myself pleasantly surprised at how many songs I genuinely enjoyed, particularly the Ryan Tedder produced "Already Gone" - though I instantly recognised its likeness to Beyonce's "Halo", also produced & written by Ryan Tedder.

Now an article on Kelly Clarkson by CBCNews reveals Clarkson's reaction to the similarity of the two songs and her disdain of RCA's choice to use "Already Gone" as a single. Here's a portion of the article:

If you’ve been listening to the radio lately, it’s possible you’ve heard the soaring strains of Already Gone, the newest single off All I Ever Wanted. It’s very likely that you thought you’d heard the epic song before, albeit in a slightly different form. Kelly Clarkson collaborated with Ryan Tedder on the track, a dramatic ballad driven by a pounding heartbeat, twinkly piano and swooping strings. Unbeknownst to Clarkson, Tedder used suspiciously similar elements when he produced another recent mega-hit, Beyonce’s Halo.

“Ryan and I met each other at the record label, before he was working with anyone else,” Clarkson begins, gritting her teeth. “He’s from Oklahoma, I’m from Texas; we got along really well and had some of the same influences. We wrote about six songs together, four or five of them made the album. It was all fine and dandy. I’d never heard of a song called Halo. Her album came out when my album was already being printed. No-one’s gonna be sittin’ at home, thinking ‘Man, Ryan Tedder gave Beyonce and Kelly the same track to write to.’ No, they’re just gonna be saying I ripped someone off. I called Ryan and said, ‘I don’t understand. Why would you do that?’”

The palpably frustrated Clarkson claims she “fought and fought” to try and prevent her label from releasing Already Gone as her third single, out of respect for Beyonce.

“In the end, they’re releasing it without my consent,” she sighs. “It sucks, but it’s one of those things I have no control over. I already made my album. At this point, the record company can do whatever they want with it. It’s kind of a shitty situation, but.… You know, you learn.”

Now, here's where it gets interesting - if I remember correctly, a portion of a Ryan Tedder interview with PopJustice conducted in June of 2008:

Do you have any emergency global Number One songs up your sleeve?
I would say yes. At any given point in time I have one or two songs for other people that I do believe are quite massive. I'd love to go on record right now with one of them but what I'll say is that a massive artist just cut one of them and everyone's freaking out on it. I told people I was sitting on a smash and now everyone's gone nuts.

What's the initial of the song title?
H. It's one word.

I think its safe to assume he was talking about "Halo", right? So to give you an idea of what has happened here from the perspective of a songwriter/producer:

Tedder wrote/produced "Halo", he knew he was sitting on a great song/sound so instinctively the tracks he was making around the same time sounded similar and one of them happened to end up being Clarkson's "Already Gone".

At the end of the day it might be a nightmare for an artist that takes pride in their craft like Clarkson, but its a dream-come-true for RCA.