After much deliberation within a series of approximately 57 emails, we present the AffinityBlog's Top 10 Albums of 2009 list.

Compiled and commentated by Weez, Bizjuan and Myself: 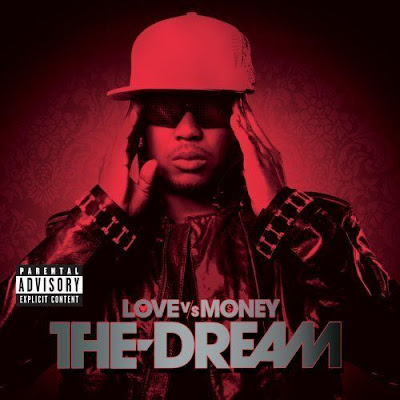 Fuego: While not as immediately engaging as his debut, Love/Hate, the diversity in sound is wider and vocal delivery stronger. An easy album of the year choice for me.

Weez: Compelling, polarising and overlooked on so many levels. With most commercial R&B opting to sadly stay within the parameters, leave it to the best writer in the business to pen and perform the most exciting and best all round work of 2009 with a stunningly diverse set of intertwined, sonically futuristic, oddly structured songs. Aside from, (very) arguably 1998 Timbaland, never before has R&B music been pushed this far into future. The one-two-three punch of Love vs Money Part 1 & 2 into Fancy is up there with my best 20 minutes of 2009.

Biz: The guy is a visionary, and for mine peerless within the genre. A genius. The seamless progression from “Fancy’ to ‘Right side of my brain’ in the latter half of the record is one of my favourite musical moments this year. I can’t wait to see what he does next. 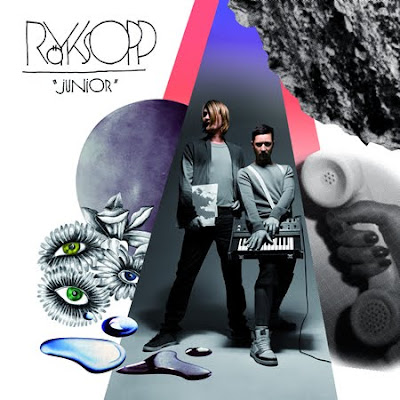 Fuego: I had never listened to an entire Royksopp album before Junior and the only way to describe this album is genre-defying. The production is incredible from A-Z

Weez: Stunning. Diverse as it is layered, Junior is probably one of the most beautifully crafted albums I have ever heard. There’s just no point in writing anymore about it.

Biz: Unfamiliar w/ Royksopp before this album, this easily makes my top 3 this year. If this is the future of music I’m on board. This music is evocative, visual, the collabs are smart, it’s just wonderful. The crunchy synths of ‘Vision One’ are too much. 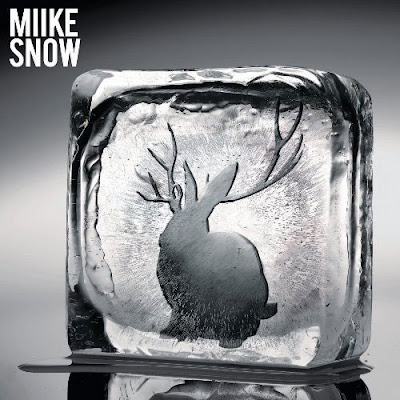 Fuego: With Bloodyshy & Avant being some of my favourite producers, I think I was always going to love this album. Its the perfect summer album while being the perfect winter album.

Weez: You know those albums that you finally sit down and listen to properly, only to realise that you pretty much know every song on there vaguely because it just happened to be played everywhere you went for the weeks prior? Yeah this is one of those. Only when that happened to me, I realised that there was at least three weeks of my life that I wasn’t listening to Miike Snow all the time when I could have been listening to Miike Snow all the time and I just fucking lost it aye.

Biz: Where have these guys been all my life? I’m embarassing people I like with my endless rantings about how great this all is. O god, I think I’m dying, and our drinks were just poured. Look outside, someone’s waiting, with a yellow horse. 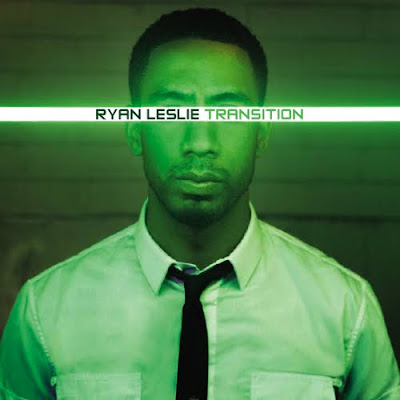 Fuego: R-Les releases two albums in a year yet still manages to create something fresh, simplistic and truly special with Transition.

Weez: Playing to his clear strengths of simplicity and R&B music tradition, Transition finally found Ryan Leslie reaching his major potential - focused and streamlined for an entire album, with every moment of the 11 tracks sounding like they are meant to be there. For me, it reminded me of the best parts of 2002-2004 Raphael Saadiq, with the instant likability, the lust charged lyrics and the classic melodies. Had he not half-rapped a lot of the verses on this album, it would have ranked higher for me but a slight complaint of an incredible release.

Biz: How talented can one man be? I’ll be personally affronted if R-Les doesn’t do big things. A wonderful demonstration of the fact that tracks need not be overwhelmingly complex to be flat out compelling. ‘Something that I like’ one of my tracks of the year. 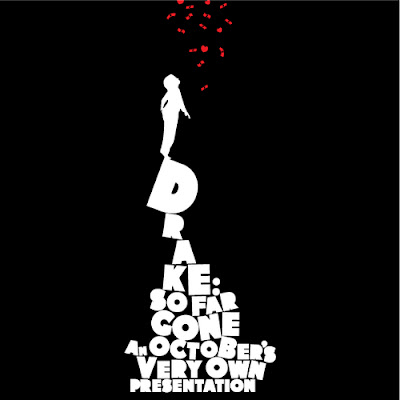 Fuego: I can honestly say I hadn't listened to a rap mixtape in its entirety for a year or two until this came along. Game changing... So much so that we've pitted it against our favorite 'albums' of the year.

Weez: Blending relatable, smart raps and light R&B melodies with eerie soundscapes, this was both a classic record and a lesson in late 00’s artist promotion.. Moody and honest yet instantly likable, Drake provided a calmer alternative to mentor Lil Wayne and remarkably without losing any rap credibility, superbly bridged the gap between the hood and the hipsters, both musically and publicly. And if anyone says, “But it’s a mixtape, not an album”, hit me up the next time a free internet mixtape spawns a number one single, earns a Grammy nomination and catapults the artist to the forefront of their genre in 10 months. Now for the album....

Biz: Shocked at how pervasive I found this record on first listen; ethereal, pleasantly reminded me of beloved elements of ATLiens. Ultimately listened more to the Chopped & Screwed version by DJ Mr. Rogers. 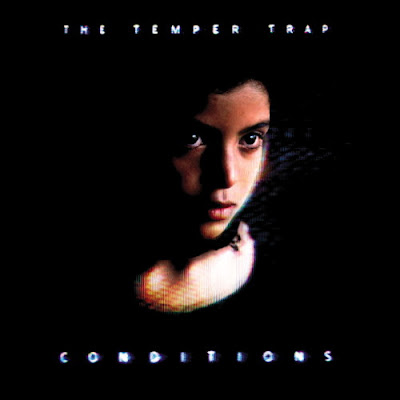 Fuego: It has been incredible watching these guys go from virtually unknown to critically acclaimed worldwide. Dougie's vocal performance is captivating from start to finish.

Weez: The best and the worst thing about Australian music in 2009. Whilst the album was the ghostly, euphoric and rhythmic masterpiece that it is, the Australian media and radio ignored the band and it’s amazing success in the UK and US for the majority of the year and forced the band to re-locate. It took a beautiful performance of "Sweet Disposition" to be the only mind blowing moment of a mind numbing ARIA’s for everyone to sit-up and take serious notice. Shame on us.

Biz: Besotted by this record, which continues to reveal new depths to me with each listen. And there have been some listens. Subtle, shifting, wonderful to play thru in its entirity. Can’t help but rock back onto my heels to the epic ‘Soldier On’. 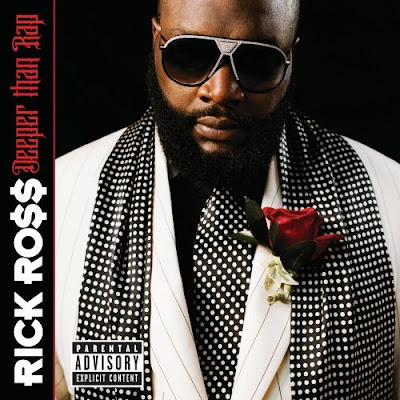 Fuego: No rap artist has put together an album as cohesive and well rounded as this in a long time - I'd say since Lil Wayne's, Carter II.

Weez: Ricky Fucking Rawse. The Bawse. Shakes off potentially career ending allegations of a law enforcement past through extreme denial and then goes and makes the album of his career – in fact the best actual rap album of 2009 and a potential long term classic in terms of listenability. Plus, I haven’t enjoyed drunkenly belting out a chorus like "Yacht Club" since like, "Ridin’ Dirty" or something

Biz: Ex-Corrections offer? I couldn’t give a fuck. Too much fun to listen to. I would always ask Rick Ross to dine at my table. We could eat a whole meal of food too. 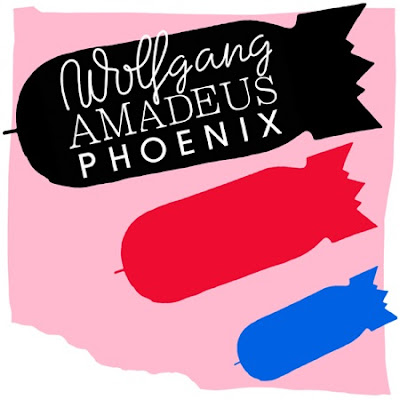 Fuego: You wouldn't believe how many times I read indie-hipster bloggers who are 'supposed' long time fans of Phoenix, whinging about people 'jumping on the Phoenix bandwagon'. Fags, Phoenix put together a great album and in turn, gained new fans. Its a beautiful thing. Stop complaining and embrace it you douche bags.

Weez: Ahh Wolfgang Amadeus. The album that had blogs whoring, fans bickering and hipsters felating, and everyone else just listening and enjoying the shit out of a truly great album. Go them. (PS – I really thought ‘felating’ was a word, but I am mistaken according to Outlook spellcheck)

Biz: So familiar on first listen, in a good way. Lisztomania is like my sheepskin moccasins, mate. 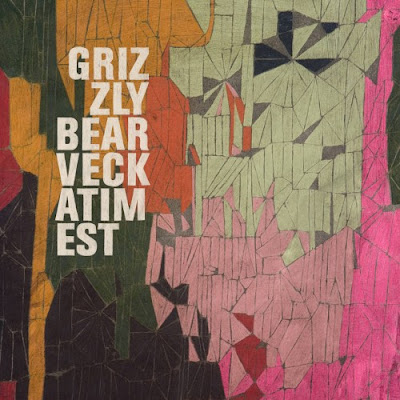 Key Producers: Chris Taylor
Fuego: This is the only album in our Top 10 that I personally haven't spent enough time with to comment on. I'll let Biz explain why it deserved this position.

Weez: I’m gonna be honest here. I haven’t listened to this album yet and I’m really not in the mood for it now as I write this. Truth be told, I am still listening to Junior. But I tell you something, this list was a group effort and if Biz says it’s his favourite album of the year, I’m not going to argue. Carry on.

Biz: (Update: A few people have questioned why we included this if two of us are unfamiliar with the album - The list was a collaborative effort and we asked Biz to be a part of the process as we value his judgment and opinion as much as our own. In light of this, he has decided to expand on his commentary in a way that only Biz could! Brilliant.)

Unequivocally my record of the year. The musicianship on display here is relentless, the harmonies exquisite. Having after the fact become aware of the many 'critical' plaudits that the album has garnered, I feel fortunate that I was not aware of the same when first was listening. For mine impossible to place within a genre, and all the better for so being. Akin to the musical manifestation of attempts to derive meaning from events where there is no possibility of the same, evident in all of melody, composition, instrumentation and lyrics. Continues to conjure up delirious images of Ang Lee's film version of the book 'The Ice Storm'. I found this record to be truly transcendent, and a most welcome companion. 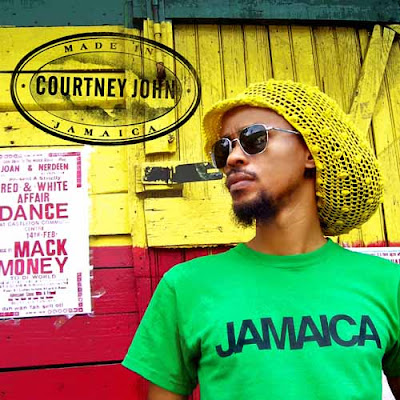 Fuego: It’s been a long time since I've heard a Reggae artist with such an incredible voice. Courtney John's falsetto is amazing. This has been a perfect album to kick start my summer.
Weez: The antithesis of the dancehall explosion of 2009 (Mavado, Vybz Kartel, Major Lazer), Jamaica’s Courtney John delivered a beautiful, bare bones reggae record with his slight voice, sweet lyrics and rich R&B like melodies. I haven’t been able to stop telling people about it, I’m like Henry Hill.

Biz: I’m glad we could get this record into the top 10. This is summertime embodied, it’s moreish, memorable, and surprisingly diverse as you move into its latter stages also.And for the albums we really enjoyed but couldn't justify giving a position amongst the above 10:

Feel free to praise or hate on our choices. We definitely don't claim to be critics or anything of the kind, simply just fans of music.