END OF AN ERA FOR INTERSCOPE? 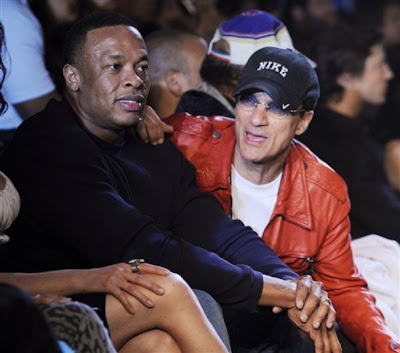 Alright, that title might be alittle extreme but this write up from the guys at hitsdaily got me thinking.

"The company’s projected fourth-quarter release schedule of a few months ago has been decimated by delays in a number of crucial recording projects. While only the U2 album has formally been bumped (following an announcement from the band that it was on a roll and intended to keep working), release dates have yet to be nailed down for Dr. Dre, Eminem or the Black Eyed Peas, making it doubtful that any of them will see the light of day before the end of 2008.

The absence of releases from three of the label’s power hitters could climax an uncharacteristic middling year for what has been the most dominant label of the last decade. Year-to-date, the Jimmy Iovine-led label is 2.6 percentage points off of last year’s 8.7% in new-release marketshare.

Considering Nicole Scherzinger's Pussycat Dolls new album Doll Domination is expected to debut with less than 100K next week and Robin Thicke's Something Else doesn't have a "Lost Without You" type radio smash, they'd be praying for a miracle in 50's album. That brings on my next question, Wheres the single fif?
Posted by FUEGO at 6:37 PM